I can’t speak for anyone else, but from the moment I heard about the show I was intrigued, but after realizing it was based on the love story of one of my favorite couples, I was overjoyed!

My love for Mara and Salim has been a long standing love affair.  I mean…I’m AM a Girlfriend Aficionado.  Couple that with Mara and I having a birthday a day apart (#Geminitwins) and  just started our 48th year rotation on the planet, just makes us soul sisters…at least in my head.

So, as the date for “Love Is” approached, I decided to have a watch party and invited my peeps over to our house to watch. 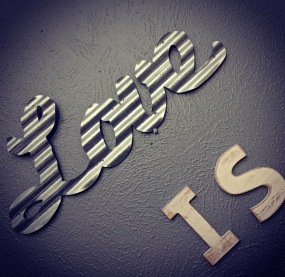 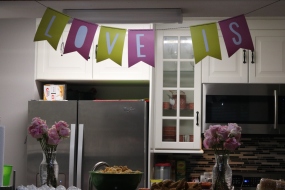 This was a big deal, not just because of the show, but it was the first time that I was going to share my “Yasir” with those outside of my close circle.  One of my friends who knows me well was the first to arrive at the house and said that she wanted to check and see if I was “okay” in person.  I asked her why and she mentioned it was because she knows how private I am and this was “huge” for me to allow people in my space, but also so close to my private life. 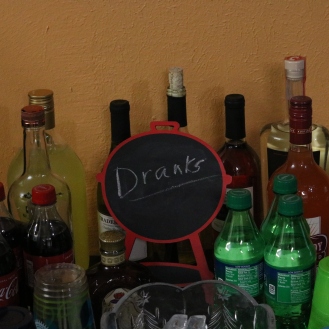 The night was filled with so much fun, laughter and great energy.

Listen…A KP event wouldn’t be a KP event without there being games and activities.  So, before my friends were able to leave the watch party, they had to complete a “Love Is” activity before leaving. 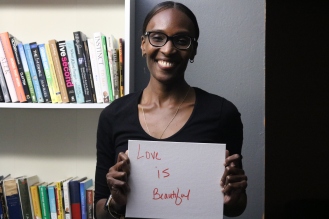 Then, the show came on and from the first moments, I was drawn into the story.  I mean…when Yasir said that Nuri saved his life, I was blinking back the tears.  What people don’t know is that I can totally apply that statement to my relationship with my “Yasir”.

My “Yasir” and I met over 4 years ago and his “Ruby” was his wife.  We met in a professional capacity, but I immediately liked him.  He was corny and wore white shoes and a white belt, but that wasn’t my problem…that was was for his “Ruby” to figure out.  To add more sauce to the situation,  I ran into him a year later and he was a complete JERK.

Fast forward to a little bit over a year ago.  I walked into a church that I hadn’t visited in a couple of years and there he was…all 6’5″ of him.

I spoke….he spoke back and I went to find a seat.  Less than a month later, he emailed me to ask me a business question and then, he called.  By the end of the brief exchange, he asked me to meet him for dinner and I was a little taken aback because…well…”Ruby”.  He let me know that he there was no longer a “Ruby” and he was divorced.  After a little coercing, (remember, he was a jerk to me years earlier), I agreed.  The first thing out of his mouth was an apology.  He apologized for his behavior, talked about that being a dark time to him due to his marriage ending and told me he loved me from the moment he saw me walk into our first meeting a few years earlier.  He remembered what I had on and mentioned that he could still hear the “clacking of my heels on the floor”

My “Yasir” isn’t romantic at all and I’m a TOTAL romantic.  Early on, in an effort to try and “change” him or for him to come around to my point of view, I would mention his lack of romance OFTEN.  I mean when I think about it, it’s nauseating.

I guess he got tired of hearing me mention it YET AGAIN and decided to show me that he “could be” romantic.  So, one day he shows up with his hands behind his back and a huge goofy grin on his face.  When he revealed what was in his hands…I gave him a blank stare.

Imagine my face….trying to self talk and tell myself not to make a face, but I’m sure I looked like… No matter how much I tried to hide it, my face was a dead giveaway.

Me:  *blank stare and forced smile*

Him:  Cacti are sturdy, they are ‘hard to kill’ [like our love] and LOOK, it has your favorite color”

Note:  The next day, we had a HUGE fight and I left and returned but couldn’t find him, so I left again.  I returned to find our “love cactus” in a pot and sitting on the kitchen counter.

My tribe thinks is sweet and I do too (although I won’t admit it to him).  So, in some way, that is his version of  Yasir waiting outside the venue for Nuri during episode two.

This show is so well written and provides the music soundtrack for our lives.  During episode two, although we know how the story ends, I was literally on the edge of my seat. During any episode, you can go from rolling your eyes at one of the characters to dancing in your seat, to holding you heart and having an “awwww” moment.  I will return again and again to watch this show.  Tuesdays 10/9 Central OWN will have my attention, my time, and my heart.